Since peaking at $4.33 in March, gas prices in the United States have decreased. However, prices are rising again, with a gallon of gas costing $4.19 on average, up from $2.90 a year ago.

As a result, a number of legislators have proposed providing Americans with gas stimulus checks. One such plan comes from California Democratic Rep. Ro Khanna, who wants to tax major oil firms in order to give Americans gas stimulus cheques.

The concept, dubbed the Big Oil Windfall Profits Tax, was first offered by Ro Khanna and Sheldon Whitehouse of Rhode Island in March of this year, with the goal of providing gas stimulus checks to Americans.

According to the idea, large oil firms will be taxed “50 percent of the difference between the present price of a barrel of oil and the pre-pandemic average price per barrel between 2015 and 2019.”

Despite its potential, the concept has received little support. “Unfortunately,” Khanna continued, “we haven’t gotten Republicans on board with it yet.”

Rather than handing out gas stimulus cheques to Americans, numerous Republican politicians are advocating for the Keystone XL project to be expanded.

Advocates argue that such a step will help the country become even more energy independent while also lowering petrol prices.

The Gas Rebate Act of 2022, for example, has been presented by Mike Thompson (D-California), John Larson (D-Connecticut), and Lauren Underwood (D-Illinois).

For each month in 2022 when the national average gas price hits $4 a gallon, the proposal would provide $100 per month to individuals and dependents. 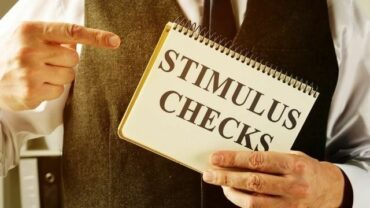